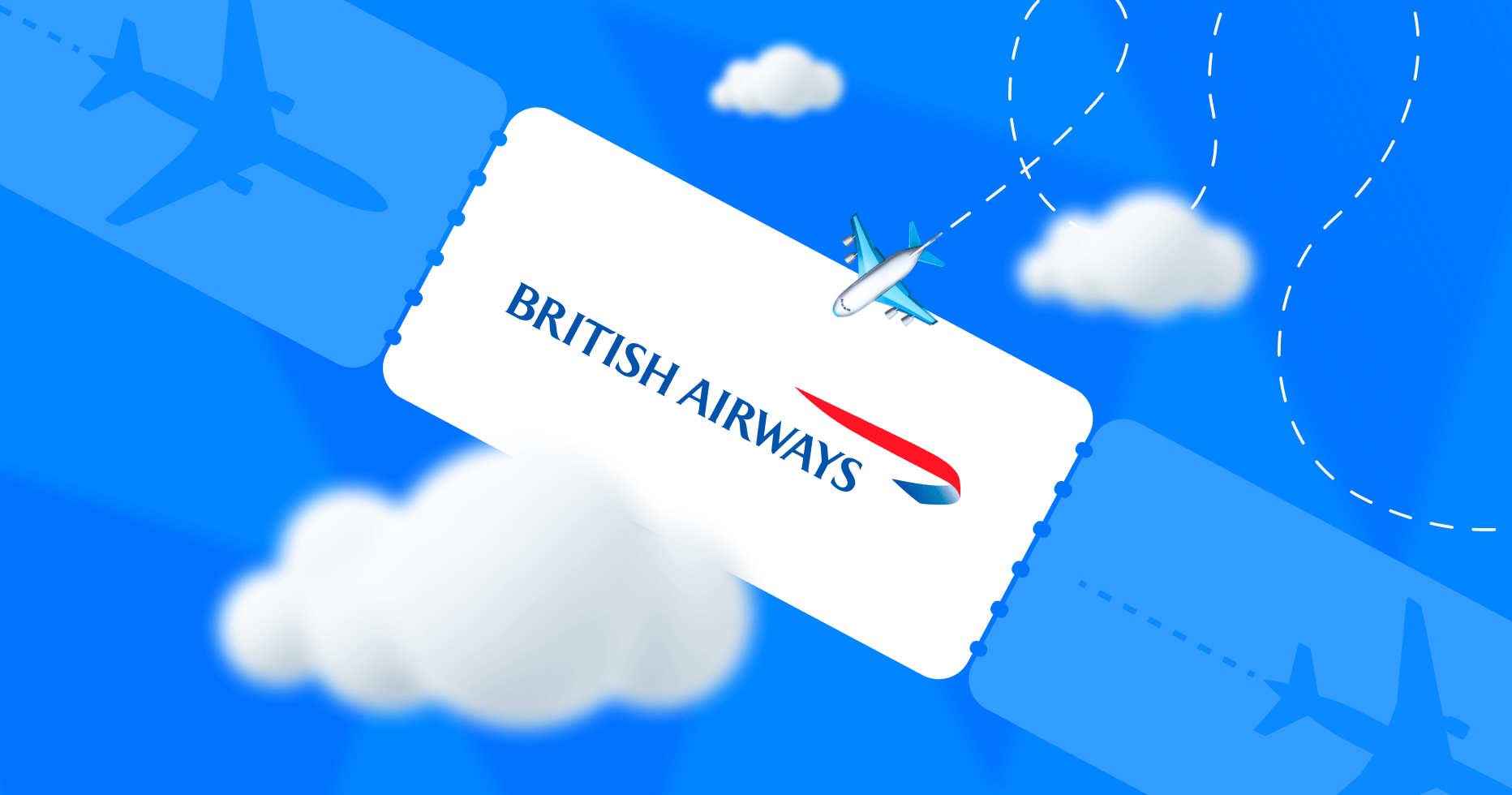 British Airways is the largest airline in the UK and operates hundreds of daily flights within the country and abroad. In reviews of British Airways, customers often note that, even for a low price, they receive a high level of service and can always count on a flight without delay. Punctuality is one of the key features that airline management closely monitors.

In order to compete on European destinations, British Airways focused on the price/service ratio. One such decisions, for example, was cancelling all fees on baggage. Today, all of British Airways’ flights include free luggage (with the exception of flights to destinations, in which luggage fees are obligatory by law). This approach allowed the carrier to reduce the cost of flights to that of a low-cost airline and, in some cases, provided customers with even cheaper tickets.

British Airways is not a classic low-cost airline, but having transformed under the pressure of competition, the company was able to become a combined airline that offers a traditionally high level of service at affordable prices.

British Airways shares commissions with partners for the sale of airline tickets and other travel services. The full list of services includes:

Everything is available to customers on the official website: ba.com. The commission differs depending on the product as well as the region of traffic. You can find more details on the rate by visiting baaffiliates@omnicommediagroup.com.

British Airways moderates all applications. You need to provide detailed information about your traffic source to join the program. Sites with partially inactive features and a number of other prohibited features are not allowed to participate (detailed conditions can be found on the official website).

After your application is approved, you will receive access to your personal account, where various tools are available to you. Using these tools, you can directly traffic to ba.com, where your audience can buy flight tickets and other services. If your application is rejected, you can resubmit after addressing the reason why you were declined in the first place.

After a person buys a British Airways flight ticket based on your recommendation (for example, follows a link from your blog to the airline’s website), you receive income. British Airways does not pay for clicks, impressions, or anything other than actual ticket sales. In the official rules, this action is called a “qualifying transaction”.

In addition to the direct affiliate program of British Airways, there is an alternative way to earn money on the carrier’s flight tickets. You can sell British Airways flights and earn with numerous flight affiliate programs from agencies or aggregators, such as WayAway. On the websites of agencies and aggregators, tickets for British Airways flights are available to customers, and partners earn income from each sale. The monetization methods are the same for other airlines, such as Air France, Qatar Airlines, Jet Blue, and Southwest.

The exact commission rate and duration of cookies depends on the region where your traffic comes from as well as which product you work with. Most partners receive a rate on airline tickets that is no higher than 1% and a cookie lifetime of no longer than 30 days.

British Airways only accepts quality sites, so there are some negative reviews on the British Airways affiliate program from affiliates who were not approved. There are also reviews indicating that some partners were banned from the program after initially being approved.

Due to strict rules, all partners should be as careful as possible to comply, since British Airways, in the event of a violation, can disable your website even after successful moderation.

British Airways is one of the largest carriers in Europe and one of the best airlines in the world. Most of your audience is probably familiar with and trusts the British Airways brand, which means you can offer flights from this airline and count on successful sales.

At the same time, the cost of British Airways tickets traditionally remains low. The carrier is doing everything so that the prices for flights can compete with other offers and even with low-cost airlines. For affiliates, this is another reason for the high conversion rate, as customers often choose a carrier mostly on price.

For those customers who look beyond the price at the quality and convenience of flights, British Airways offers high-class service.

In addition to flight tickets, British Airways offers partners with commissions for related travel services, such as car rentals. This feature will provide additional income for some partners. For example, you can sell several services to a single traveler. Despite the relatively low commission rate for flights, you will likely receive a high total income as a result.

You can earn on British Airways flights not only by working directly with the airline, but also by connecting to flight affiliate programs. For example, WayAway compares the prices of hundreds airlines, including British Airways. Partners of WayAway earn 50% of the company’s income on each flight, which amounts to ~1.6% for each ticket. Combined with a wide range of tools and a long cookie lifetime, the WayAway affiliate program may be the best solution for you.

For your audience, WayAway is also the best solution. Customers often do not search specifically for a British Airways flight, but want to find the best deal, which may be from British Airways or another carrier. Therefore, by offering your audience a convenient tool for comparing prices for flights from hundreds of airlines, you make it easier for them to purchase flight tickets.

For you, joining the WayAway affiliate program means earning a possibly higher income. After all, the client will compare the price of British Airways and other airlines on the WayAway website. Regardless of which option they choose, you will receive 50% of the company’s income. 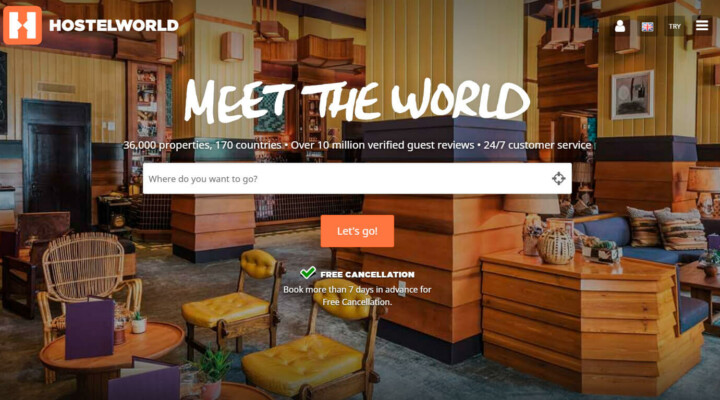 Brands
3 min.
1717
Earn With Hostelworld, the Hostel Booking Service With Global Coverage
The world booking market is growing every year, along with the hostel niche. The annual Hostelworld rating shows growth in this niche. Join this profitable market and earn 40% commission on deposits with the Hostelworld affiliate program.
Read more 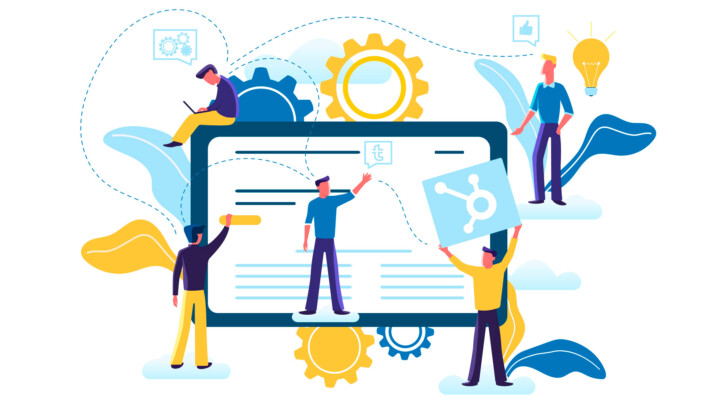 Tips
9 min.
1987
20 Best Form Builder Tools to Use in 2022
If you’re looking for ways to build the form on your website or landing page, this article offers an overview of 21 top-rated form builders.
Read more 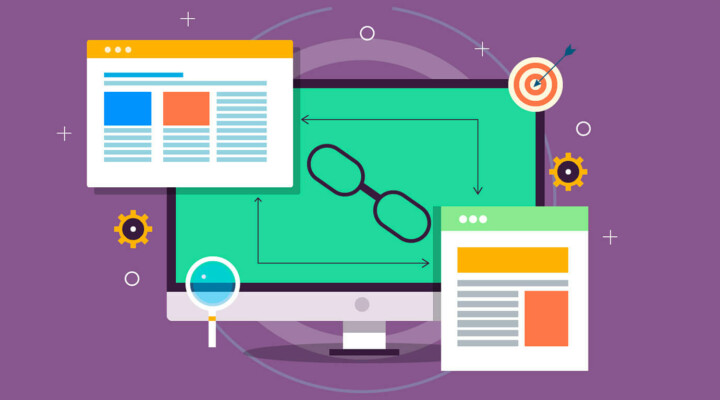 Tips
6 min.
1361
How Many Backlinks Do I Need to Rank
In this article, we’ll cover the topic of the importance of backlinks for Google ranking: how many links are needed to promote your blog. So, if you’ve asked yourself, “How can I improve my website backlinks?” here is the answer!
Read more