Travelpayouts Mobile Sdk: The Real Experience of a Partner 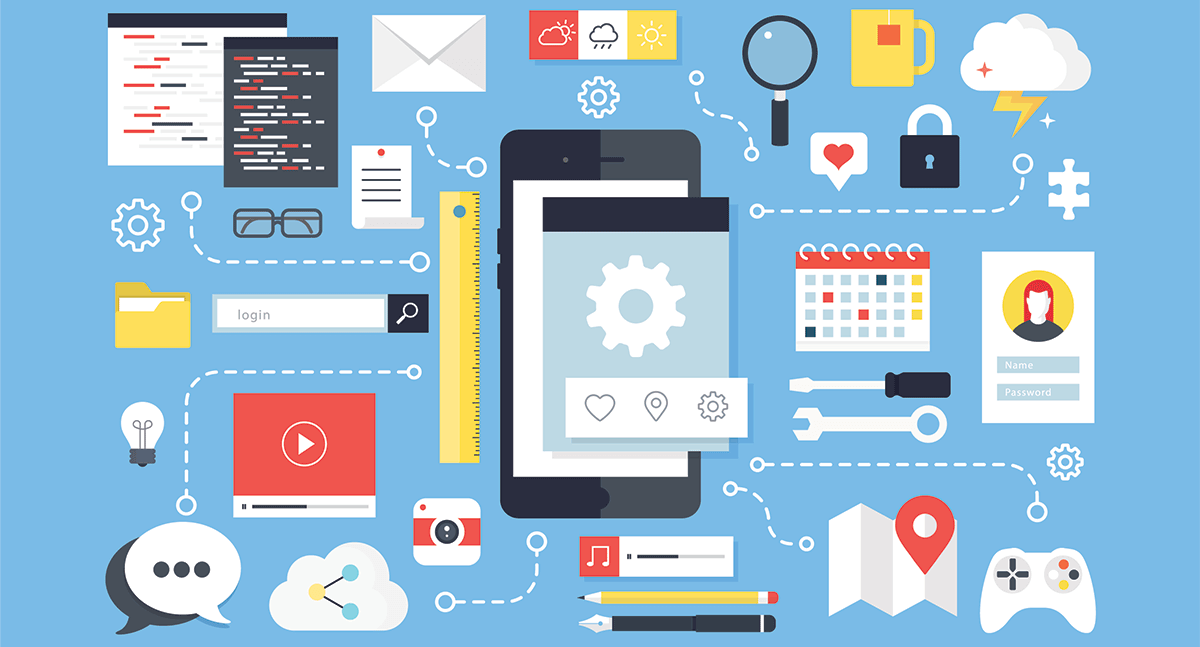 Egor Sukharev is the top partner of Travelpayouts and an experienced webmaster. He shared his experiences working with Travelpayouts mobile SDK, revealed the secrets to creating successful applications and told the story of how his team once surpassed the official application of Aviasales.

Origin of the Idea

Before starting to work with Travelpayouts, Egor Sukharev had eight years of experience in IT projects in the commercial and state-municipal area, geoinformation and others.

He first encountered the Travelpayouts partner program in July 2015. The work began with a market analysis in which different parameters were considered:

This analysis led to several conclusions:

These findings were relevant for 2015; the market’s situation has significantly changed since then. However, the previous development strategy is still relevant; the application should be allowed to find cheap air tickets.

Competition in the market was weak, and only a few developers paid enough attention to develop their applications for the App Store. Some players, even big ones, did not pay enough attention to ASO. As a result, their products were not displayed for main keywords and queries.

The idea of creating and developing an application was economically risky, so at the initial stage the budget was minimal, though with the expectation of a maximum result.

The formation of a concept and technical task is the foundation of all work. Think about the main points, such as technical issues, new functionality, colors, etc. and describe the ideas. Coordinate with the programmer on the new functionality. Do this before drawing the design because some ideas are not implemented in principle.

After all the approvals, the designer starts work. If you are unhappy with the design or need too many changes, think about changing designers. Be sure all the screens are outlined. When all the screens are ready, a technical programmer will join the work. He creates a ready and working prototype from everything you have at the moment. The programmer, who accepts the designer’s work, no longer think about usability.

Team selection is also an important step in the initial stage. Partners can independently create the application using a minimum budget and without involving programmers, designers or other workers. In this case, good results are unlikely. Egor’s experience revealed that it is better to work with specialists from the beginning.

Workers can be found through freelancing services. This is convenient because the worker’s portfolio is public, and you choose a worker according to your criteria. You do not need knowledge in every area. You can choose a worker based on references. It is better to spend time finding good workers in the initial stage. This will allow you to work with them for years, thereby saving time.

You will need a large amount of text:

This can be created during the technical development process, and partly after it.

Be sure you implement the analytic system. In the new build of Travelpayouts SDK, the system is implemented by default. As an alternative, try the service Flurry from Yahoo.

The application can be localized and adapted to another language. Consider the peculiarities of the language and the market. For example, in English, “Cheap air tickets” is a long phrase, while in Chinese it is simplified – only two characters. The size of the button changes based on languages’ features. Such issues must be identified and adapted. Also, adapt your app according to the qualifications of the local market.

Next, create all the graphical material such as screenshots, advertising, etc. Then download the assembly to iTunes Connect. After passing Apple Review, your application will appear in the App Store.

Conduct tests not only on emulators, but on real devices for different generations of iOS. If everything is working well in the emulator, but there are errors on the smartphone, ask colleagues, friends and relatives to test it on their smartphones. This will give you a collection of devices on which to test the work.

Features of Your Own Application

You need something different from competitors and to attract the user with unique ideas. For example, an interesting division on the economy and business class can be a useful idea. If you create a product without any special features, no one will remember it.

The Aviasales application has unique ideas. For example, in one of the updates, while users searched for air tickets, an animation of an airplane flying to the destination was displayed on the phone screen. Then it was removed, and the company received angry comments from users. The decision was made to reinstate the animation, and users were happy again.

«Cheap Flights», Egor’s first application, focused on the CIS market. In the winter of 2016, the decision was made to sell the app to raise funds for development. This was a compulsory step because the team had adopted a new development strategy – the international market. When the app was sold, it was in the top five in the RU App Store based on the main search queries in the Russian language:

For some queries, Egor’s product overtook the official Aviasales application. Income grew at +40% per month and was $1300-1500 per month at the time of the sale.

The application was sold at auction with 15 bids. The final price was $10,000. This step raised funds and enabled the implementation of a completely new product.

A new application, Flight Store, was developed from scratch and added enhanced functions:

Thanks to the initial budget, it was possible to create the best design and localize the product to more countries.

In the summer of 2016, the idea arose to enter a new niche. Several niches were possible:

Because of the experience and the Travelpayouts product on the hotel market (Hotellook), this niche was chosen. Hotellook already had a ready-made API solution, which also influenced the choice. Today, the ticket and hotel applications are linked by sections with recommendations for each product.

For hotels, Egor created a separate application – “Cheap Hotels”. The Hotellook SDK did not exist when “Cheap Hotels” was developed. Therefore, many problems arose throughout the process. For example, one problem involved obtaining the full amount of information: hotel descriptions, reviews, etc. To solve the problems, a unique API had to be developed. Seven months after the launch, the official Travelpayouts hotel SDK appeared.

The Asian mobile market is the world leader. However, many large aggregators underestimated it, which was a mistake.

Egor’s team faced an amazingly difficult situation – there were downloads (183,000), but almost no bookings. Just 10 reservations had been made in that time. This was due to the “Golden Shield” system (also known as the “Great Chinese Firewall”) that operates in China. This is a state system for monitoring the Internet. Because of it, while the user sees the search results on the phone screen, he or she cannot go to the site for booking because it won’t open.

For this reason, only a few major players are on the Chinese market, including affiliates. China is waiting for new players that can provide quality access to cheap air tickets. Users agree to manually go through the search results in the App Store in the hopes of finding a workable solution.

The main issue that must be solved is how to get around the Great Chinese Firewall. Work on this problem should continue.

How to Promote a Mobile App

The competition in the market is big, so you must make a quality product and develop it. If you work with iOS, you need one main application, not many clones. An additional problem with cloning is that the clones will be rejected during moderation. This will postpone the negative effects on the account. In the future, there may be problems with full-fledged products.

Constantly conduct analyses. Learn which screens are most effective and keep track of which buttons are pressed most often. This will help you understand the client’s needs. For example, the section “Show direct flights” should be better taken from the common filters to a separate button. Placing a separate button at the bottom of the screen is preferred.

Pay attention to user reviews. This will allow you to get ideas for necessary edits or innovations. In addition, it will allow you to obtain a large base of keywords. This is especially useful for foreign markets.

The principles of ASO are similar to those of Search Engine Optimization. Therefore, try to create whole phrases. Even if they are aimed at low-frequency queries, you must still place a few high-frequency ones at the beginning. This helps the store understand the subject of your product.

Update the functionality and keywords regularly. This will allow for organic growth without additional investment.

Create attractive screenshots for the store. This works more efficiently than simple screenshots of screens from the app. For example: You can also offer to pay for installation, but, first, it is an expensive method. Competent adjustment of advertising posts will allow you to decrease the expenses involved in attracting people. Second, Travelpayouts prohibits it. Third, it poses a strategic problem: After artificially moving to the top, the application returns to the bottom when the infusion of money ceases. After that, it is much more difficult to reach the top organically.

Reviews are acceptable from motivated traffic. However, be careful with this because the App Store often removes these reviews. In addition, if you use this tool too much, the effect will be negative.

To get inspiration and more knowledge about creating and earning from own mobile application, read another success story about our partner. 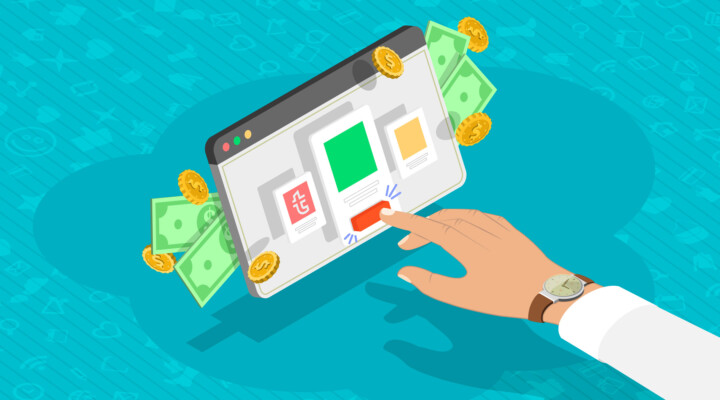 Tips
4 min.
2345
How Much Does Google Advertising Cost
Learn how to calculate Google Ads costs and set up your approximate budget for advertising an affiliate offer or any other promotion.
Read more 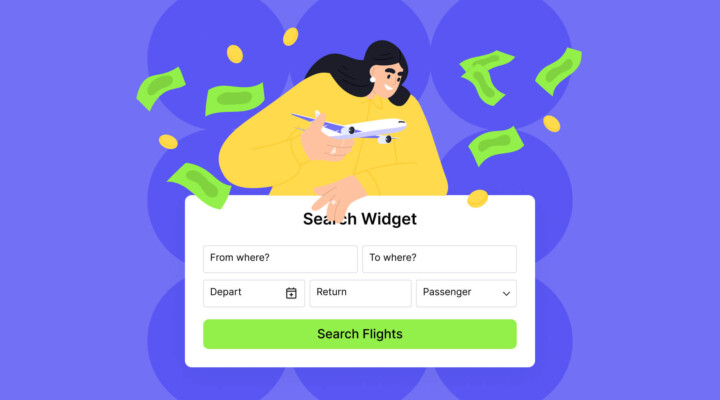 Tips
6 min.
4507
How to Create a Flight Search Form
Learn more about widgets, including search forms, as well as their advantages, and receive instructions on how to create and install widgets.
Read more 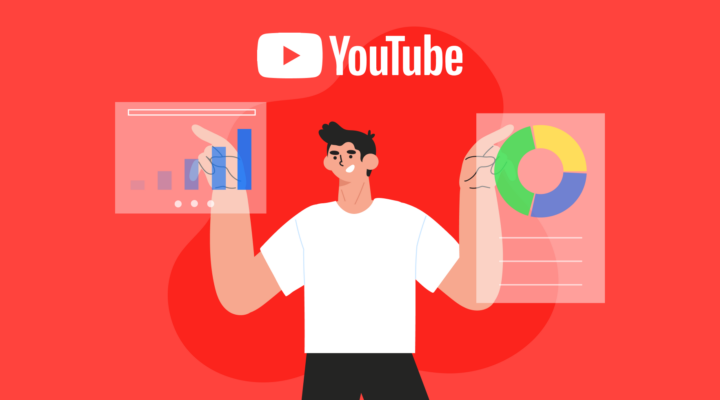 Tips
12 min.
842
Marketer’s Guide to YouTube Analytics
This guide will help you use YouTube Analytics, track the right metrics for your brand, and do what’s best to improve your marketing.
Read more