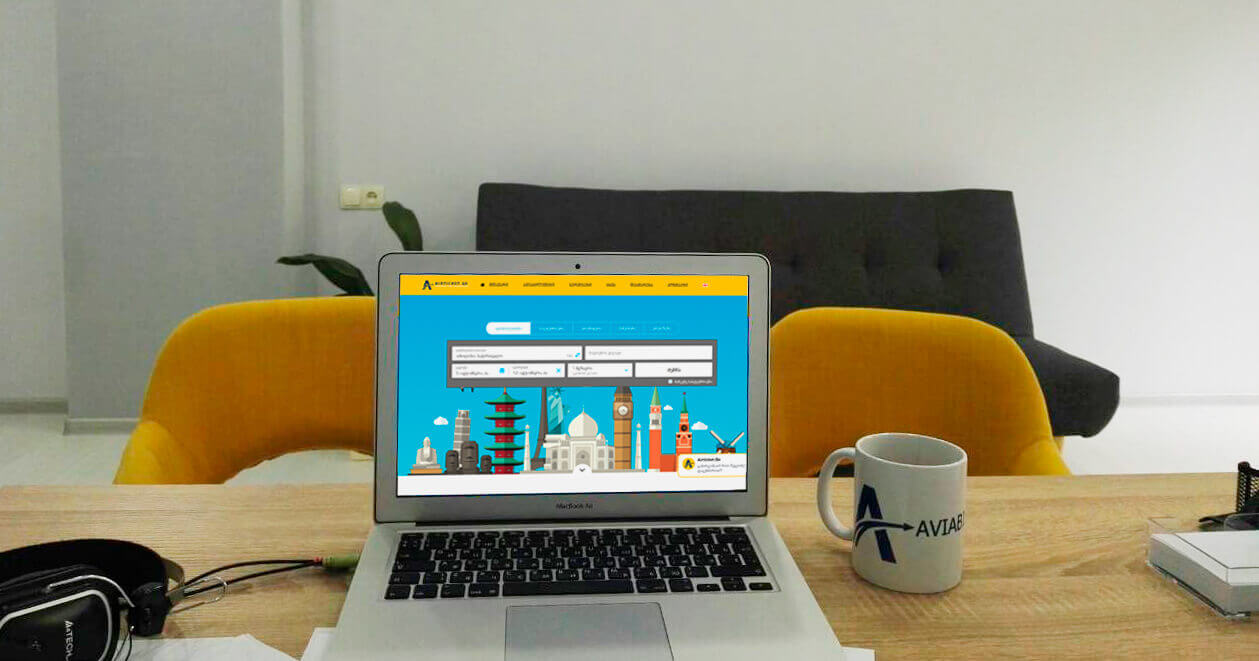 Maho Kevlishvili, owner of the project aviabiletebi.org, shared his experience in creating a service for the sale of flight tickets in the Georgian market. For two years, Maho built a full-fledged ticket business with two offices in Tbilisi and a staff of employees and managed to grow aviabiletebi.org from a WordPress blog into an independent flight ticket service.

Hi, Tell Us a Little About Yourself

Hi, my name is Maho, I’m from Tbilisi and I’m 24 years old. The last 2.5 years we have been developing the project aviabiletebi.org with the team. How Long Have You Been Working on the Internet?

I started working on the internet around 2012. One of my first sites was a game project. Pretty quickly, I realized that “Warez” direction is not promising, so I closed the project.

I had other projects. One of the interesting ones, was when I tried the auto insurance niche in the USA. I spent a lot of time, but it didn’t work here either, because there was very high competition.

In total, before aviabiletebi.org, I had about 10-15 projects. Some even brought in income. For example, there was an English-language project on the Tank Trouble game and a game forum on the New Zealand domain. Those projects in total brought about 250 euros per month about four years. After them, I completely switched to the Georgian market.

Domain aviabiletebi.org registered in May 2015. I did not immediately create project, but around the beginning of 2016 I started the service. At the same time, I started to learn SEO. And by January 2017, my projects were in the first positions in Google on all the basic search queries in Georgian language that are associated with airline tickets.

How Was the Idea of ​​the Flight Ticket Service Born?

My friends worked in an offline ticket agency. After their stories, this niche made me interested. I looked at the queries through Google Keywords Planner and found out that there is a demand. For example, at that time, the keyword “aviabilitebi” was searched by about 10 thousand people per month. And so, the idea arose that you need to make such a project.

I first made a WordPress blog. And I placed a simple form, there were three fields and one button: From/where and date of flight. It was conceived that the user enters data, the request comes to me, I manually process it and then return the offer to the client by mail. So, it was about two weeks, and it did not work at all.

Editor’s note: Travelpayouts has a referral program where you earn 5% of the total referral revenue you attract. Since August 2018, the “Powered by” feature is available for automatic attraction, thanks to which you will not miss referrals in the situation described above.

Is This the Main Job or Hobby Now?

For me, this is the main job and an interesting business. There are several other ideas, but there is no time to implement them.

Who Is Working on the Project?

We work in a team, now we are four people. I am the founder of the business, and I have now three colleagues who work as operators, they answer customer questions and help to issue flight tickets at our offices.

Now we have two offices in Tbilisi. We opened the second one quite recently, in August:

In addition to the team, sometimes we order the work of freelancers. But more often I do everything myself. For example, I make content, I manage advertising on the internet, etc.

Where Do You Take the Traffic?

Initially, key focus on traffic was on search engines. After the project has won good positions, we received the first solid traffic and made first sales, we looked to another traffic sources and began investing in advertising on social networks.

Search traffic is the main source today as well. The second one is the direct visits (people remember our domain), also we have good volume traffic from social networks:

We have two types of traffic from social networks. The first is free, from our own page https://www.facebook.com/aviabiletebi.org/, the second is paid. I buy ads on Facebook. In addition, we buy some advertising through Google Ads.

Today we are among the top 1,000 sites in Georgia, according to Similarweb. If we talk about countries, then of course Georgia prevails. About 95% of all traffic is from Georgia.

What Tools Do You Use in Travelpayouts?

I mainly use White Label. Besides this tool, I use another: Search forms, map widget, calendar widget, text links.

I also use the plugin for WordPress. It would be nice, by the way, if it was updated 🙂

About 1.5 years ago, we also made an iOS and Android app based on the Travelpayouts SDK. This is also a very effective tool. Text links I use a little. There is a big problem with them, that they tend to “expire”. For example, if you placed a link to the flight in September, then in October, a person will not be able to use it properly.

And I also want to use subscriptions to bots. This is a very good tool, but now I cannot use it, so all the subscriptions are only in English or Russian, and there is no version in Georgian.

The most effective for me is the White Label tool. This is a very good tool for those who make their own service and build their brand.

I constantly look at new affiliate programs and other niches, and the presence of WL is important for me. Of course, if the product is good, I can try it without a White Label.

How Do You Achieve High Conversion?

I deliberately make A/B tests, placing the tool in one version for several weeks, and then changing it, and finally comparing the results, choosing the best solution. Additional markers come in handy here. While I’m conducting tests manually, and I write the results on the spreadsheet in Excel, I know that there are special programs for A/B testing as well.

I use Travelpayouts’ additional markers all the time. This is a convenient tool for analytics even without A/B test. In the personal profile, I see which tool “generated the lead.” This helps me identify better solutions and increase conversions.

Sometimes I refuse tools because I see that they do not work. Or change their appearance or placement until sales go. For example, I changed the search form on the main page more than 10 times. And, only after that, I picked up the optimal format and location.

I change not only the tools themselves, but also the design of the site.

Do You Work With Anything Other Than Airline Tickets?

Yes, now I’m actively working with hotels. I have a domain for them, http://www.hotellist.ge/, but so far it is underdeveloped.

Among the flight affiliate programs, I also considered SkyScanner. They also have an affiliate network, but I do not like the design of their search engine and the available tools. It is also very difficult to communicate with them, it is almost impossible to communicate.

In Travelpayouts, I can chat with a live human at any time, and even ask to add some function to the affiliate program, and then get it. With SkyScanner, the experience was not so pleasant, they did not even respond to my letters. In addition to air tickets and hotels, I work with car rental. While Rentalcars affiliate program was at Travelpayouts I worked with them, now I am working with Economybookings.

I also tried to work with cruise offers: mCruise and DreamLines. I work directly with the first ones, and to DreamLines I connected via Travelpayouts. For cruises, I also have a separate project, https://www.cruiseshop.ge/, now I’m developing it. But this is a completely offline project. All offers are only in Russian or in English. Through the site I get customers who want to go on a cruise, and after that we book the cruise through mCruise and DreamLines.

In addition, I work with tickets for trains and buses. Recently I connected a two-wheeled vehicle rental program, but I realized that this direction is working poorly. There is no interest from the audience, but the truth is, I didn’t do a lot of advertising.

What Is the Peculiarity of the Georgian Market?

There are several features here.

More than 50% of customers want to buy tickets just offline. Even though we openly say that they can buy tickets online and not pay us an additional commission for buying in the office, people still want to come to the office, look at you, and want you to give them a printed copy. ticket.

I think they have no experience or are afraid of online shopping. In the end, I give them the same ticket, as they could buy themselves, but printed on my printer. Moreover, some local travel agencies also want to book tickets through us! Agencies most often buy tickets through our website.

Another feature is the language. If we talk about what language the customers speak, then this is of course Georgian and Russian. In Georgia, many people understand Russian, but cannot look for tickets on it. The main problem, there is no Cyrillic on the keyboard. Therefore, I, together with the Travelpayouts team, translated not only the White Label into Georgian, but also the search form auto-completes. Now visitors can search in Georgian. This has already reduced the percentage of failures and the occurrence of 404 errors.

On average, 35% are searching in Georgian, but most are typing cities names in English language or at least in Latin alphabet. In Russian (Cyrillic) is looking only a small part.

How Does the Offline Part of the Business Work?

Now we have two offices, and three operators. People come to the office, and we pick up a ticket, then issue it. There are two options for how to do this:

In the first case, we cannot add anything, since there is a price in the ticket. Here, we earn on the Travelpayouts partner reward. In the second case, we can add our commission.

At the moment, the main income comes from selling through the GDS and our commission is “on top” of the ticket price.

Also, people can call us and book a ticket. It is convenient to “freeze” a ticket for several hours, but only with the help of GDS. The customer calls, says which ticket he needs, we check the price. If the client is satisfied with everything, we temporarily reserve a ticket (this can only be done offline) and the client comes to the office, pays for it and we issue a ticket.

But we do not always sell only through GDS offline. We look at the price through Travelpayouts as well. In the case of a big difference, we sell the cheaper ticket.

Is It Possible to Develop Projects in Russian in Georgia?

It is possible to develop, but it is better to do it in Georgian. You can make several language versions, there can be a Russian version. For example, my project is available in three languages, Georgian, Russian and English.

The audience perceives Russian-language projects. But many have a big problem with the keyboard. The fact that people cannot write in Cyrillic, so they write either in English or Georgian.

What Are the Plans for the Development of the Project?

In August 2018, we opened a second office in Tbilisi. Our first office is small and could no longer cope with our stream of clients. By the way, it looks like this:

With the second office, we will be able to serve more customers offline.

Before we opened a second office, we could not increase the number of customers. But now we can serve more customers. Sales volumes have already begun to grow. We have plans to look for more partners in Georgia and expand the list of agencies that buy tickets through us. 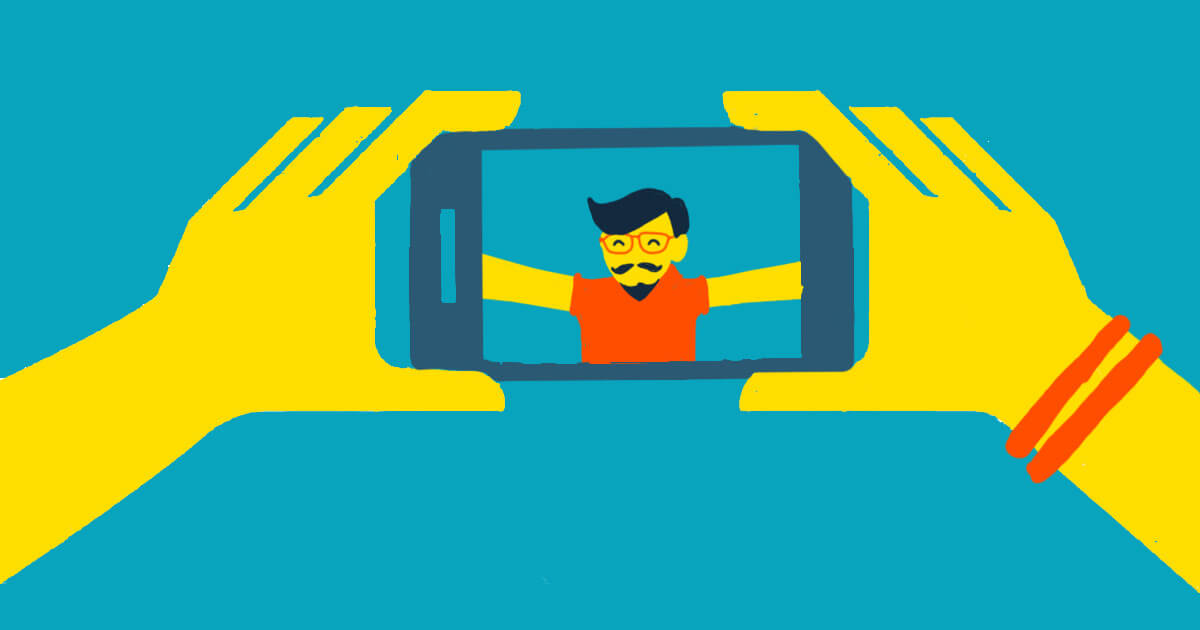 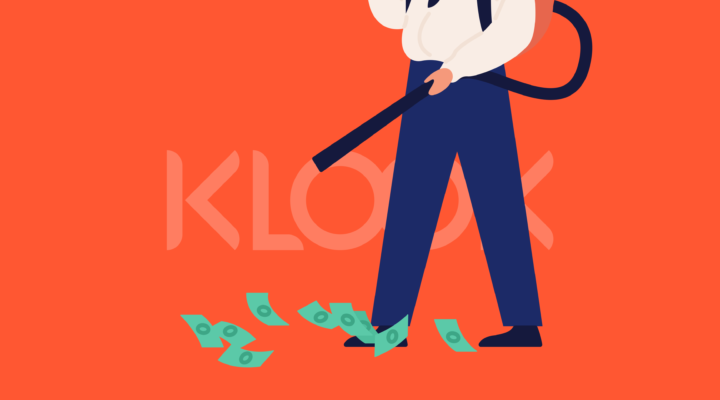