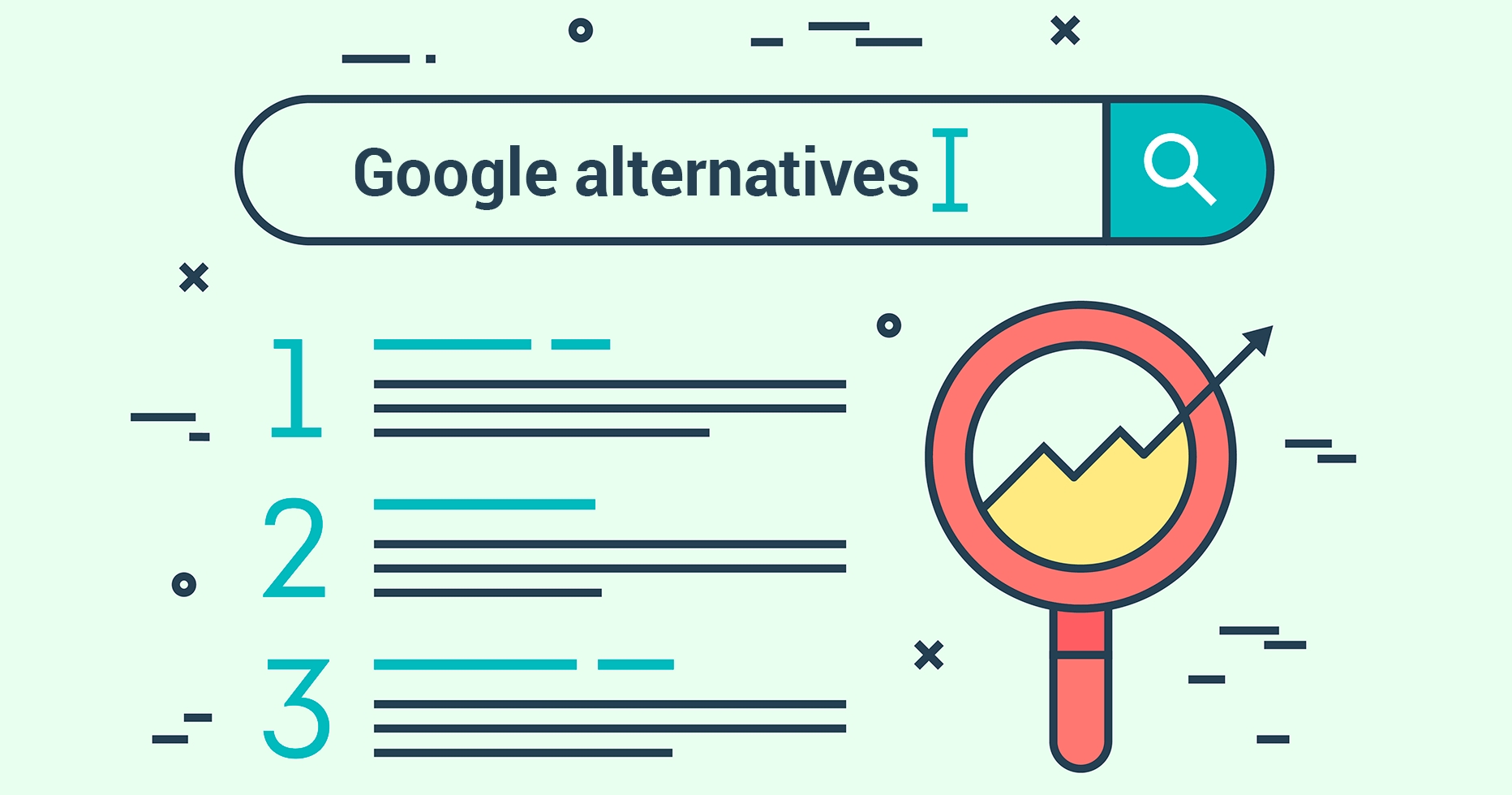 Can anyone compete with Google in the search field? In fact, yes, no matter how incredible this fact may seem. A significant part of our online activity depends on Google services: Google Chrome, Google Search, YouTube, and others. The share of Google Search in the overall global picture in 2019 amounted to almost 92%. However, there remains another 8%, and they are an alternative to Google. They can help ordinary users find the most complete information and internet specialists can promote their sites the best way. Next, we’ll talk about a variety of search engines and their features.

Why look for search engines other than Google

The main reason is the ability to reach more users, the 8% that use other services together with Google. An indicator of 8% is only a global value, and in some countries, the popularity of individual search engines can be much higher. For example, Chinese Baidu with its 68%, Czech Seznam with 11% or Russian Yandex with 45%. Attention to alternative search engines in these countries is not only desirable, but extremely important.

If you are an expert in search marketing, then you promote the site in different search engines to reach the largest possible audience and increase profits. Any system tries to offer information that is most relevant to the user’s needs. Your task is to create and publish such information. Therefore, promoting sites, you need to use not only Google products, for instance making money with Google AdSense, but also consider other search engines.

Moreover, there is a steady pickup in search quality and it will continue to grow. Chances are that in a year or two, the algorithms will improve and you will know how to build a travel search engine website, as well. Google isn’t the only one capable of a serious breakthrough. Perhaps, the unpopular system today will gain the upper hand. Moreover, an increasing number of users today are not satisfied with the privacy problem in Google and they are looking for alternatives.

Is there life outside of Google: The best alternative search engines

As the official numbers show, Google leads in the world. Microsoft Bing comes next, then American Yahoo, Chinese Baidu, and Yandex from Russia. The top 10 include MSN, DuckDuckGo, and others.

The share of Bing in the world ranking is 2.44%. The main countries for Bing are the USA, Brazil, Canada, Latin America, Australia, and India. On average, according to 2019 statistics, Bing has 963 million unique global visitors per month.

The American Bing has a classic interface for search engines with an ability to search by category: Pictures, videos, maps, news. Here, you can use Microsoft Office tools online, go to the company’s website, register an account and a mailbox on Outlook or Hotmail, and create your own cloud storage.

Another US search engine holds 1.62% of user attention in the world ranking (as the data for 2019 show). And, for instance, in Japan, it occupies second place with almost 19%.

The local postal service, which was one of the first to appear on the internet, enjoys traditional popularity. Yahoo uses advanced Bing algorithms, so the quality of the results is satisfactory to the user.

Yahoo Answers and Yahoo Finance services offer a lot of information on niche topics. For Firefox browsers in the USA, Yahoo is the default browser. Finally, Yahoo users can rely on privacy.

Baidu confidently takes fourth place with 1.5% of all user queries due to popularity in China. About 70% of users prefer this service there. Google accounts for only 1.6% of user attention in this country.

In the West, Baidu is called “Chinese Google.” For Baidu, the main market includes countries where people speak Chinese: The population of mainland China, Hong Kong, Macau and some countries outside the Chinese jurisdiction—Malaysia, Egypt, Indonesia, Brazil and Thailand.

Among the interesting features:

One of the most popular engines in Russia is also favored in other European countries. Its share in the global rating is 0.54%, and in Russia in February 2020 it is at 45%.

It offers many widgets that you can customize for yourself, for instance, weather or music, maps, or translator.

Yandex is popular in Russia among other things as it provides specific local information and helps users navigate it. The Russian-language lookup is richer in Yandex. In addition, Yandex is also popular in Turkey, both as its Russian version (0.2%) and its independent Turkish unit (almost 15%).

This is an open-source search engine with servers located in the USA. According to the data for 2018, the share of the search engine in the global rating was 0.28%. It was the most popular during this period in France, the USA and Canada.

Alongside its own robot, the system uses other sources: Yahoo and Bing. DuckDuckGo is an engine that provides maximum privacy and confidentiality. The system does not store logs (there is no search history), does not collect any data about the user, the use of cookies is as limited as possible. DuckDuckGo creates the result that does not depend on your past behavior on the Web, and eliminates Google ads based on your requests.

Technically, Ecosia is not much different from other search engines, but the company is non-profit and donates 80% of its revenue from ads to plant new trees.

Ecosia collaborates with 15 tree planting projects in 20 countries, such as Peru, Brazil, Madagascar, Nicaragua, Haiti, Spain, Uganda, Colombia, Ghana, Senegal, Morocco, Kenya, Burkina Faso, Ethiopia, Tanzania and Indonesia, etc. In these countries, the system is popular, occupying on average the fourth line with an indicator from 0.04 to 0.16%.

A search engine created in the states, respectively, is popular there, occupying the fifth line with 0.06% of user attention. There is a demand for this system in Canada.

Why is this service worth attention?

However, the Microsoft Network portal has a significant drawback. Being the brainchild of Microsoft, it is optimized for Internet Explorer, there may be problems viewing the site in other browsers.

Sogou is another search engine from China. In the world ranking, it is in sixth place with 0.43%. In China, it confidently holds second place with 20% (as of February 2020).

Sogou features a unique algorithm Sogou Rank and SERP layout. It is also the default search engine for the Tencent QQ mobile browser, giving it direct access to millions of active users.

Sogou is now actively developing technology that would optimize the recognition process of speech structures. Sogou is integrated with the most visited social network, WeChat’s.

In the global ranking, it does not occupy high positions, but falls into the popular list of best non-Google search engines with its 0.04%.

The creators conceived Ask.com as a question-answer system. Its interaction was based on a natural, spoken language that a person uses in everyday life. Ask.com has a number of features and services that are common for today’s search engines: Image, news, and blog search, as well as a local search service.

The principle of Ask.com search engine is based on the analysis of page content and the link popularity algorithm, that is, link ranking. Ask.com indexes sites very slowly and very rarely updates its database.

AOL is the last search engine in the list of the top 10 alternatives to Google holding 0.05% of user attention. The main consumers of the engine are US residents.

AOL stands for America Online. The peak of its popularity was in the 90s of the last century. AOL is not in great favor anymore because of popular search giants. Nevertheless, its services, search engine, chat and mail, find their users. Now AOL is collaborating with Bing, and the results depend on the latter.

Best Google alternative in every region: Is there any difference

The world figures do not always go with regional ranking and do not show which local search engines are in demand. To verify this, let’s see what the situation is in the world including the largest regions.

Google takes first place as expected. Search engines similar to Google confidently follow after: Bing, a search engine from Microsoft, leading its history since 2009, and Yahoo, one of the oldest search engines. Chinese search engine Baidu takes the fourth place in the global ranking. The Russian search engine Yandex.ru got the honorable fifth place.

However, the table clearly shows that the situation varies from region to region. Only Google’s position remains unchanged.

Bing holds second place almost everywhere, and Europe is no exception. But Yandex.ru is in third place because it is the second most popular search engine in Russia (lagging behind Google by a fraction of a percent). Moreover, in terms of the number of internet users, Russia ranks first in Europe.

In North America, the USA and Canada give a lead (almost 90% of the population is connected to the internet). It is not surprising that search engines Bing, Yahoo, and DuckDuckGo, developed in the USA, are becoming popular here. Although in Mexico, Cuba, the picture is the same.

Here the picture is similar to the previous paragraph with the only difference that Ecosia occupies the fourth place among alternative sources. It is known for its environmental projects primarily in Brazil and Peru, where 66% and 41% of residents, respectively, are involved in the internet community.

In Asia, the most popular search engines besides Google are Chinese. Again, user concentration plays a significant role: China ranks first in terms of the number of internet users in all of Asia. Additionally, in China itself, people only use search engines of “their own production.” This is another reason for its popularity.

In Africa, the situation as a whole resembles that of Europe, but there are slight differences across countries. For instance, Ecosia is popular in Tanzania. Hello, tree planting! And almost all over Africa, the honorable fourth place in the list of alternative search engines is occupied by Chinese Baidu.

Wrapping it up: The best non-Google search engines

Among the search engines, the undisputed leader on a global scale is Google. That’s why experts rarely think about alternatives, but in vain. With their help, you can attract sometimes even more traffic. The main thing is to correctly track the situation in different regions and even pay attention to the fact that in a given country a completely unexpected option may be popular, even if these are sites like Google. 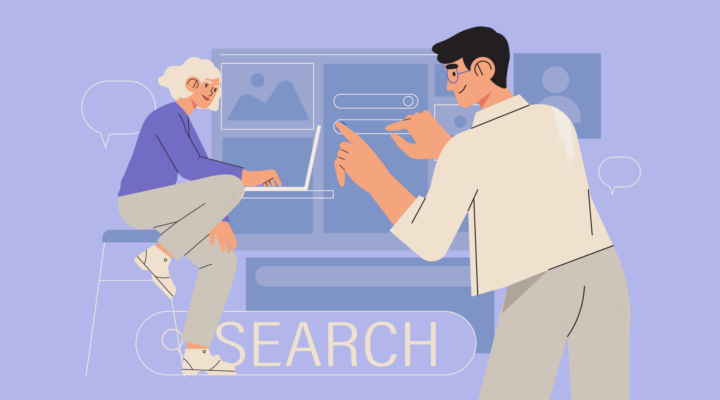 Tips
5 min.
1705
How to Optimize Your Urls for SEO
Optimize your URLs to increase your site’s visibility in the search results and improve user experience with these 10 easy steps.
Read more 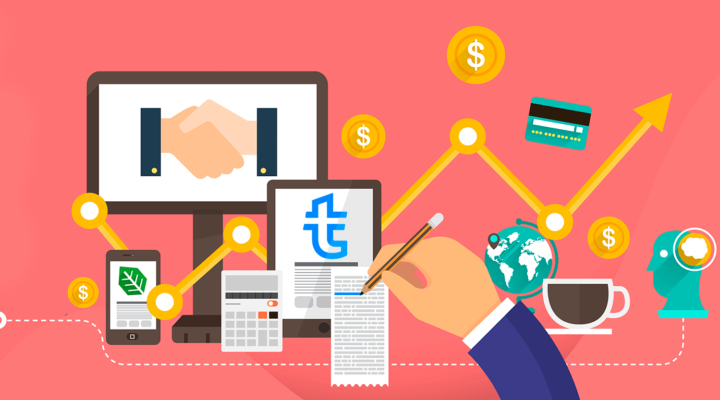 Tips
8 min.
7909
Best SEO Plugins for WordPress
In this article, you will learn about some of the best SEO tools for WordPress. You will also discover their main features and finally be able to make up your mind and choose the most convenient one.
Read more